Neonatal opioid withdrawal syndrome (NOWS) is an expected and treatable outcome of prolonged use of opioids during pregnancy, whether that use is medically-authorized or illicit. Unlike opioid withdrawal syndrome in adults, NOWS may be life-threatening if not recognized and treated in the neonate. Advise the patient of the risk of NOWS so that appropriate planning for management of the neonate can occur. Healthcare professionals should observe newborns for signs of NOWS and manage accordingly .

Neonatal opioid withdrawal syndrome (NOWS) is an expected and treatable outcome of prolonged use of opioids during pregnancy, whether that use is medically-authorized or illicit. Unlike opioid withdrawal syndrome in adults, NOWS may be life-threatening if not recognized and treated in the neonate. Advise the patient of the risk of NOWS so that appropriate planning for management of the neonate can occur. Healthcare professionals should observe newborns for signs of NOWS and manage accordingly [see Specific Populations (8.1)]. The balance between the risks of NOWS and the benefits of maternal Methadone Hydrochloride Tablets use may differ based on the risks associated with the motherâ€™s underlying condition, pain or addiction, and the risks of the alternative treatments. â€˘For management of pain, prescribers should discuss all available treatment options with females of reproductive potential, including non-opioid and non-pharmacologic options. â€˘Untreated opioid addiction often results in continued or relapsing illicit opioid use and is associated with poor pregnancy outcomes. NOWS can result from in utero exposure to opioids regardless of the source. Therefore, prescribers should discuss the importance and benefits of management of opioid addiction throughout pregnancy.

Infertility: Chronic use of opioids may cause reduced fertility in females and males of reproductive potential. It is not known whether these effects on fertility are reversible [see Adverse Reactions ( 6 ), Clinical Pharmacology ( 12.2 ), Nonclinical Pharmacology ( 13.1 )]. Reproductive function in human males may be decreased by methadone treatment. Reductions in ejaculate volume and seminal vesicle and prostate secretions have been reported in methadone-treated individuals. In addition, reductions in serum testosterone levels and sperm motility, and abnormalities in sperm morphology have been reported. In published animal studies, methadone produces a significant regression of sex accessory organs and testes of male mice and rats and administration of methadone to pregnant rats reduced fetal blood testosterone and androstenedione in male offspring [see Nonclinical Toxicology (13)].

Both tolerance and physical dependence can develop during chronic opioid therapy. Tolerance is the need for increasing doses of opioids to maintain a defined effect such as analgesia (in the absence of disease progression or other external factors). Tolerance may occur to both the desired and undesired effects of drugs, and may develop at different rates for different effects. Physical dependence is a physiological state in which the body adapts to the drug after a period of regular exposure, resulting in withdrawal symptoms after abrupt discontinuation or a significant dosage reduction of a drug. Withdrawal also may be precipitated through the administration of drugs with opioid antagonist activity (e.g., naloxone, nalmefene), mixed agonist/antagonist analgesics (e.g., pentazocine, butorphanol, nalbuphine), or partial agonists (e.g., buprenorphine). Physical dependence may not occur to a clinically significant degree until after several days to weeks of continued opioid usage. Do not abruptly discontinue Methadone Hydrochloride Tablets in a patient physically dependent on opioids. Rapid tapering of Methadone Hydrochloride Tablets in a patient physically dependent on opioids may lead to serious withdrawal symptoms, uncontrolled pain, and suicide. Rapid discontinuation has also been associated with attempts to find other sources of opioid analgesics, which may be confused with drug-seeking for abuse. When discontinuing Methadone Hydrochloride Tablets, gradually taper the dosage using a patient-specific plan that considers the following: the dose of Methadone Hydrochloride Tablets the patient has been taking, the duration of treatment, and the physical and psychological attributes of the patient. To improve the likelihood of a successful taper and minimize withdrawal symptoms, it is important that the opioid tapering schedule is agreed upon by the patient. In patients taking opioids for a long duration at high doses, ensure that a multimodal approach to pain management, including mental health support (if needed), is in place prior to initiating an opioid analgesic taper [see Dosage and Administration (2.5), Warnings (5.15)]. Infants born to mothers physically dependent on opioids will also be physically dependent and may exhibit respiratory difficulties and withdrawal signs [see Use in Specific Populations (8.1)]. Neonatal opioid withdrawal syndrome (NOWS) is an expected and treatable outcome of prolonged use of opioids during pregnancy [see Warnings and Precautions (5.5)]. 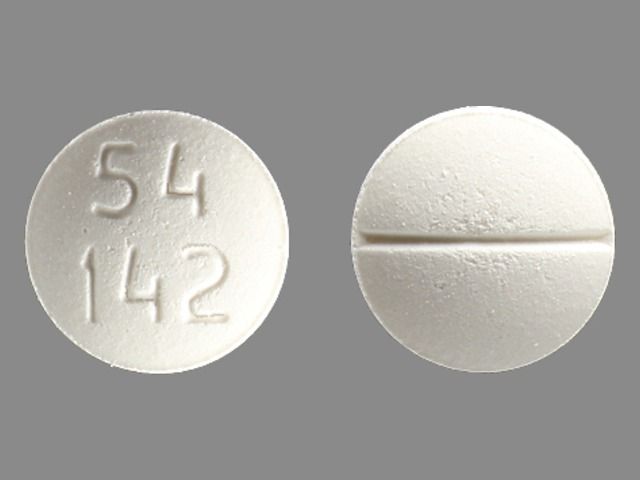 
2.1 Conditions for Distribution and Use of Methadone Products for the Treatment of Opioid Addiction

2.4 Titration and Maintenance of Therapy for Pain

2.5 Safe Reduction or Discontinuation of Methadone Hydrochloride Tablets for Pain

2.8 Medically Supervised Withdrawal after a Period of Maintenance Treatment for Opioid Addiction

2.9 Risk of Relapse in Patients on Methadone Maintenance Treatment of Opioid Addiction

2.10 Considerations for Management of Acute Pain during Methadone Maintenance Treatment

5.8 Life-Threatening Respiratory Depression in Patients with Chronic Pulmonary Disease or in Elderly, Cachectic, or Debilitated Patients

5.9 Serotonin Syndrome with Concomitant Use of Serotonergic Drugs

5.12 Risks of Use in Patients with Increased Intracranial Pressure, Brain Tumors, Head Injury, or Impaired Consciousness

5.13 Risks of Use in Patients with Gastrointestinal Conditions

5.14 Increased Risk of Seizures in Patients with Seizure Disorders