Generic: tramadol hydrochloride is used for the treatment of Opioid-Related Disorders Pain

Life-threatening respiratory depression and death have occurred in children who received tramadol. Tramadol and codeine are subject to variability in metabolism based upon CYP2D6 genotype (described below), which can lead to increased exposure to an active metabolite. Based upon post-marketing reports with tramadol or with codeine, children younger than 12 years of age may be more susceptible to the respiratory depressant effects of tramadol. Furthermore, children with obstructive sleep apnea who are treated with opioids for post-tonsillectomy and/or adenoidectomy pain may be particularly sensitive to their respiratory depressant effect. Because of the risk of life-threatening respiratory depression and death: Tramadol hydrochlorideĀ  isĀ  contraindicatedĀ  forĀ  allĀ  childrenĀ  youngerĀ  thanĀ  12 yearsĀ  ofĀ  ageĀ  [see Contraindications (4) ]. Tramadol hydrochloride is contraindicated for post-operative management in pediatric patients younger thanĀ Ā Ā  18 yearsĀ Ā Ā  ofĀ Ā Ā  ageĀ Ā Ā  followingĀ Ā Ā  tonsillectomyĀ Ā Ā  and/orĀ Ā Ā  adenoidectomyĀ Ā Ā  [see Contraindications (4) ]. Avoid the use of tramadol hydrochloride in adolescents 12 to 18 years of age who have other risk factors that may increase their sensitivity to the respiratory depressant effects of tramadol unless the benefits outweigh the risks. Risk factors include conditions associated with hypoventilation such as postoperative status, obstructive sleep apnea, obesity, severe pulmonary disease, neuromuscular disease, and concomitant use of other medications that cause respiratory depression. As with adults, when prescribing opioids for adolescents, healthcare providers should choose the lowest effective dose for the shortest period of time and inform patients and caregivers about these risks and the signs of opioid overdose [see Use in Specific Populations (8.4), Overdosage (10) ]. Nursing Mothers Tramadol is subject to the same polymorphic metabolism as codeine, with ultra-rapid metabolizers of CYP2D6 substrates being potentially exposed to life-threatening levels of the active metabolite O-desmethyltramadol (M1). At least one death was reported in a nursing infant who was exposed to high levels of morphine in breast milk because the mother was an ultra- rapid metabolizer of codeine. A baby nursing from an ultra-rapid metabolizer mother taking tramadol hydrochloride could potentially be exposed to high levels of M1, and experience life-threatening respiratory depression. For this reason, breastfeeding is not recommended during treatment with tramadol hydrochloride [see Use in Specific Populations (8.2)]. CYP2D6 Genetic Variability: Ultra-rapid Metabolizer Some individuals may be ultra-rapid metabolizers because of a specific CYP2D6 genotype (e.g., gene duplications denoted as *1/*1xN or *1/*2xN). The prevalence of this CYP2D6 phenotype varies widely and has been estimated at 1 to 10% for Whites (European, North American), 3 to 4% for Blacks (African Americans), 1 to 2% for East Asians (Chinese, Japanese, Korean), and may Ā be Ā greater Ā thanĀ  10% Ā inĀ  certain Ā racial/ethnic Ā groupsĀ  (i.e., Ā Oceanian, Ā Northern Ā African, Middle Eastern, Ashkenazi Jews, Puerto Rican). These individuals convert tramadol into its active metabolite, O-desmethyltramadol (M1), more rapidly and completely than other people. This rapid conversion results in higher than expected serum M1 levels. Even at labeled dosage regimens, individuals who are ultra- rapid metabolizers may have life-threatening or fatal respiratory depression or experience signs of overdose (such as extreme sleepiness, confusion, or shallowĀ  Ā breathing)Ā  Ā [seeĀ  Ā OverdosageĀ Ā  (10)].Ā Ā  Therefore,Ā Ā  individualsĀ  Ā whoĀ  Ā areĀ Ā  ultra-rapid metabolizers should not use tramadol hydrochloride.

Risk Summary Prolonged use of opioid analgesics during pregnancy may cause neonatal opioid withdrawal syndrome. Ā Available data with tramadol hydrochloride in pregnant women are insufficient to inform a drug- associated risk for major birth defects and miscarriage. In animal reproduction studies, tramadol administration during organogenesis decreased fetal weights Ā and Ā reduced Ā ossification Ā in Ā mice, Ā rats, Ā and Ā rabbits Ā at Ā 1.4, Ā 0.6, Ā and Ā 3.6 times Ā the maximum recommended human daily dosage (MRHD). Tramadol decreased pup body weight and increased pup mortality at 1.2 and 1.9 times the MRHD [see Data]. Based on animal data, advise pregnant women of the potential risk to a fetus. The Ā estimatedĀ  backgroundĀ  riskĀ  of Ā major Ā birthĀ  defects Ā and Ā miscarriage Ā for Ā the Ā indicated population is unknown. All pregnancies have a background risk of birth defect, loss, or other adverse outcomes. In the U.S. general population, the estimated background risk of major birth defects and miscarriage in clinically recognized pregnancies is 2-4% and 15-20%, respectively. Clinical Considerations Fetal/Neonatal Adverse Reactions Prolonged use of opioid analgesics during pregnancy for medical or nonmedical purposes can result in respiratory depression and physical dependence in the neonate and neonatal opioid withdrawal syndrome shortly after birth. Neonatal opioid withdrawal syndrome can present as irritability, hyperactivity and abnormal sleep pattern, high pitched cry, tremor, vomiting, diarrhea and failure to gain weight. The onset, duration, and severity of neonatal opioid withdrawal syndrome vary based on the specific opioid used, duration of use, timing and amount of last maternal use, and rate of elimination of the drug by the newborn. Observe newborns for symptoms and signs of neonatal opioid withdrawal syndrome and manage accordingly [see Warnings and Precautions (5.5)]. Neonatal seizures, neonatal withdrawal syndrome, fetal death and still birth have been reported during post-marketing. Labor or Delivery Opioids cross the placenta and may produce respiratory depression and psycho-physiologic effects in neonates. Ā An opioid antagonist, such as naloxone, must be available for reversal of opioid-induced respiratory depression in the neonate. Ā Tramadol hydrochloride is not recommended for use in pregnant women during or immediately prior to labor, when other analgesic techniques are more appropriate. Ā Opioid analgesics, including tramadol hydrochloride, can prolong labor through actions which temporarily reduce the strength, duration, and frequency of uterine contractions. Ā However, this effect is not consistent and may be offset by an increased rate of cervical dilation, which tends to shorten labor. Ā Monitor neonates exposed to opioid analgesics during labor for signs of excess sedation and respiratory depression. Tramadol has been shown to cross the placenta. The mean ratio of serum tramadol in the umbilical veins compared to maternal veins was 0.83 for 40 women given tramadol during labor. The effect of tramadol hydrochloride, if any, on the later growth, development, and functional maturation of the child is unknown. D ata AnimalĀ  Data Tramadol has been shown to be embryotoxic and fetotoxic in mice, (120 mg/kg), rats (25 mg/kg) and rabbits (75 mg/kg) at maternally toxic dosages, but was not teratogenic at these dose levels. These doses on a mg/m2 Ā basis are 1.4, 0.6, and 3.6 times the maximum recommended human daily dosage (MRHD) for mouse, rat and rabbit, respectively. No drug-related teratogenic effects were observed in progeny of mice (up to 140 mg/kg), rats (up to 80 mg/kg) or rabbits (up to 300 mg/kg) treated with tramadol by various routes. Embryo and fetal toxicity consisted primarily of decreased fetal weights, decreased skeletal ossification and increased supernumerary ribs at maternally toxic dose levels. Transient delays in developmental or behavioral parameters were also seen in pups from rat dams allowed to deliver. Embryo and fetal lethality were reported only in one rabbit study at 300 mg/kg, a dose that would cause extreme maternal toxicity in the rabbit. The dosages uled for mouse, rat and rabbit are 1.7, 1.9 and 14.6 times the MRHD, respectively. Tramadol was evaluated in pre- and post-natal studies in rats. Progeny of dams receiving oral (gavage) dose levels of 50 mg/kg 1.2 times the MRHD) or greater had decreased weights, and pup survival was decreased early in lactation at 80 mg/kg (1.9 times the MRHD).

Risk Summary tramadol hydrochloride is not recommended for obstetrical preoperative medication or for post-delivery analgesia in nursing mothers because its safety in infants and newborns has not been studied. Tramadol and its metabolite, O-desmethyltramadol (M1), are present in human milk. There is no information on the effects of the drug on the breastfed infant or the effects of the drug on milk production. The M1 metabolite is more potent than tramadol in mu opioid receptor binding [see Clinical Pharmacology (12)]. Published studies have reported tramadol and M1 in colostrum with administration of tramadol to nursing mothers in the early post-partum period. Women who are ultra-rapid metabolizers of tramadol may have higher than expected serum levels of M1, potentially leading to higher levels of M1 in breast milk that can be dangerous in their breastfed infants. In women with normal tramadol metabolism, the amount of tramadol secreted into human milk is low and dose-dependent. Because of the potential for serious adverse reactions, including excess sedation and respiratory depression in a breastfed infant, advise patients that breastfeeding is not recommended during treatment with tramadol hydrochloride [see Warnings and Precautions (5.4)]. Clinical Considerations If infants are exposed to tramadol hydrochloride through breast milk, they should be monitored for excess sedation and respiratory depression. Withdrawal symptoms can occur in breastfed infants when maternal administration of an opioid analgesic is stopped, or when breast-feeding is stopped. Data Following a single IV 100 mg dose of tramadol, the cumulative excretion in breast milk within 16 hours post dose was 100 mcg of tramadol (0.1% of the maternal dose) and 27 mcg of M1. 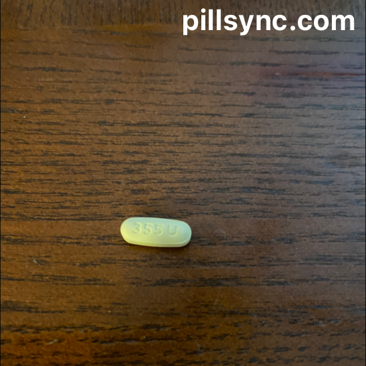 2.2 Patient Access to Naloxone for the Emergency Treatment of Opioid Overdose

2.4 Titration and Maintenance of Therapy

5.4 Ultra-Rapid Metabolism of Tramadol and Other Risk Factors for Life- threatening Respiratory Depression in Children

5.12 Life-Threatening Respiratory Depression in Patients with Chronic Pulmonary Disease or in Elderly, Cachectic, or Debilitated Patients

5.14 Risks of use in Patients with Increased Intracranial Pressure, Brain Tumors, Head Injury, or Impaired Consciousness

5.15 Risks of Use in Patients with Gastrointestinal Conditions

5.16 Anaphylaxis and Other Hypersensitivity Reactions